Jay Wertz tells us about his pictorial book about World War II, The World Turns To War.

Then, in the wake of last week’s events in Gaza, we re-air our 2015 interview with Susan Abulhawa about her novel The Blue Between Sky and Water. It’s the story of one Palestinian family from the day of the Naqba, or expulsion from Israel, in 1948 to today.
Jay Wertz 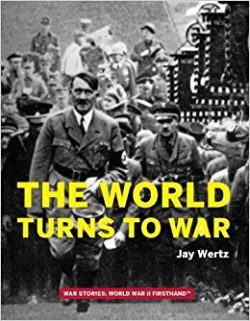 On May 7, 1945, Germany surrendered to the Allies in Europe. But it wasn’t until September 2 that World War II was officially declared over. It was the deadliest military conflict in history with over 60 million people killed.

As the world seems to be inching again to the brink of war, it might be instructive to ponder how we got into World War II in the first place.

Jay Wertz has done just that with his book The World Turns to War. Illustrated by photographs, full-color images and detailed maps, It weaves the stories of combat veterans into an event-by-event history of the war.

The World Turns To War (published December, 2017) is the fourth volume in the series War Stories: World War II Firsthand, published by Monroe Publications. Two earlier volumes centered on the war in the Pacific, and a third was about D-Day, June 6, 1944.

Jay Wertz is an author and film editor specializing in military history. Jay Wertz is also the author of The Civil War Experience and the coauthor of Smithsonian’s Great Battles and Battlefields of the Civil War.  He wrote and directed the television series on which the latter book is based.

Susan Abulhawa
May 15, 1948 was the day Israel was established. It’s also the date the Palestinians call the “Naqba,” or the catastrophe, because on that day the majority of the Palestinian people were expelled from their homeland. 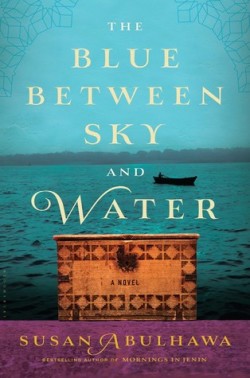 Seventy years later, it was also the day Palestinians held funerals for the more than sixty unarmed Palestinians shot and killed by Israeli snipers during protests in Gaza. Some 2,700 people were wounded by those same snipers, many by fragmentation bullets that shredded their limbs and organs. Some were children, like eight-month-old Leila al-Ghandour who died after being exposed to tear gas dropped on the crowds.

A few months ago, Writers Voice aired an interview with Norman Finkelstein, the child of Holocaust survivors, whose most recent book is Gaza, An Inquest Into Its Martyrdom. To understand what happened this week, check out that interview.

But today, we re-air our January 2016 interview with novelist Susan Abulhawa. We in the West so seldom hear stories from the Palestinian point of view and Susan Abulhawa’s fiction corrects that. Her first novel was Morning in Jenin; her second is The Blue Between Sky and Water. Read more about it here.