We talk with Ari Berman about the Voting Rights Act, the backlash against it, and what it all means for us now. His book is Give Us The Ballot. Then, a new report says not only can electronic voting machines be hacked, they may already have been. We talk with lulu Fries’dat, co-author of the report An Electoral System in Crisis. 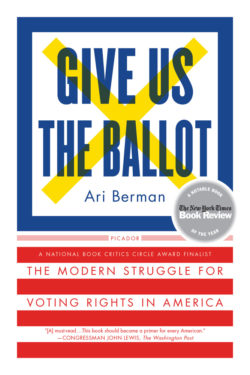 In 2013, the Supreme Court struck down a key provision of the Voting Rights Act. The decision weakened the Act’s ability to prevent discriminatory practices against voters, especially voters of color.

It was a victory for those who have been fighting to gut the Voting Rights Act since its enactment in 1965. In 2013, Ari Berman of the Nation magazine had already been covering Republican efforts to change the voting laws following the 2011 elections — laws that have been shown to suppress access to the ballot, especially by voters of color and students. (They tend to vote Democratic.)

His search to uncover what led from the passage of the VRA in 1967 to its enfeebling in 2013 resulted in his award-winning book, Give Us The Ballot: The Modern Struggle for Voting Rights in America. It’s a fascinating history that holds critical lessons for us as we approach the 2016 presidential election.

Read an excerpt from Give Us The Ballot

Correction: In our audio, Francesca incorrectly gave the year the VRA was passed as 1967. It has been corrected on this page.

Americans are worried about their democracy. Voters across the political spectrum are afraid the 2016 general election will be rigged. While fears about voter fraud have been trumped up by the right, Democratic, third party and independent voters are worried about election fraud, especially hacking of electronic voting machines and voter databases. They are afraid their votes won’t count or that they will find their registrations have mysteriously disappeared on Election Day.

Well, they might be right. A rigorous new analysis of the 2016 primaries has found statistical anomalies in primary after primary that suggest widespread rigging of electronic voting machines. 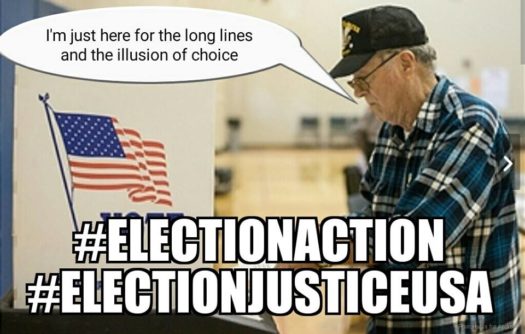 lulu Fries’dat, co-author of the report, An Electoral System in Crisis, says the anomalies were so widespread they could have changed the outcome of the Democratic primary. The Republican primary was also affected, but not as much.

Many of the other major western democracies count their votes by hand (e.g., Canada, Finland, France, Greece, Ireland, Italy and Spain.) Fries’dat says, if Americans are to be sure their vote is counted correctly, we need to do the same.

Election Justice USA is one organization that is calling for hand-counted paper ballots to be used in all 50 states. They are holding a National Day of Action on the issue September 27. (Full disclosure: Francesca is a member of Election Justice USA.)

Read An Electoral System In Crisis