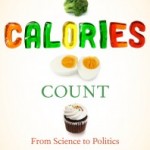 Diet plans are legion — low-fat, high-fat, low carbs, high carbs, even the Twinkies diet. But Americans are fatter than ever. In Why Calories Count, Nestle and Nesheim go back to basics: they say losing weight is all about taking in fewer calories than we expend. It’s that simple.

Or is it? We have a hard time understanding calories because they can’t be seen, smelled or tasted. We can gulp down as many as 900 calories in a mocha latte and not feel full at all. Nestle and Nesheim’s book helps the reader understand how calories work, as well as the social and political forces that are creating an “eat more” environment — at the same as billions suffer from food insecurity. They also show how Wall Street’s drive for ever more short-term profits plays a key role.

Writers Voice aired this interview with Cornell food psychologist Brian Wansink in 2006 about his bestselling book, MINDLESS EATING: Why We Eat More Than We Think.

Wansink says this about “mindless eating”:

Most of us don’t overeat because we’re hungry. We overeat because of family and friends, packages and plates, names and numbers, labels and lights, colors and candles, shapes and smells, distractions and distances, cupboards and containers.

Our studies show that the average person makes around 250 decisions about food every day – breakfast or no breakfast? Pop-tart or bagel? Part of it or all of it? Kitchen or car? Yet out of these 200+ food decisions, most we cannot really explain. Mindless Eating shows what these decisions are and how to make them work for you rather than against you.