Urban philosopher David Kishik talks about his book, The Manhattan Project. It imagines what Walter Benjamin would have written about New York had he succeeded in escaping to the US from Nazi-dominated Europe. 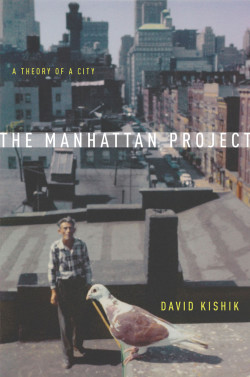 That’s the thesis of David Kishik’s new book, The Manhattan Project: A Theory of A City. The book is a scholarly study of an imaginary text by Benjamin about New York. An urban philosopher himself, Kishik examines the city through the lens of Benjamin’s sensibility — for lovers of New York, Walter Benjamin, Jane Jacobs and urban philosophy in general, it is a fascinating exploration of Manhattan as the capital city of the twentieth century.

David Kishik teaches in the Institute for Liberal Arts and Interdisciplinary Studies at Emerson College.  He is  also the author of Wittgenstein’s Form of Life and The Power of Life.