Then, Russian émigré Elena Gorokhova explores the inner divide that splits the soul of the immigrant in her new memoir Russian Tattoo (Simon and Schuster, 2015). 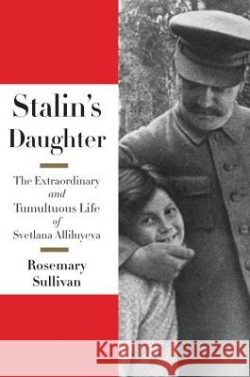 It’s almost unimaginable: what would it be like to be the child of one of history’s most brutal and powerful dictators? The award-winning Canadian poet and biographer Rosemary Sullivan tells us what it was like in Stalin’s Daughter, a fascinating, detailed and revelatory exploration of the life of Svetlana Stalin.

Svetlana (who took her mother’s last name, Alliluyeva) was fated to live her life in the shadow of her father, one of history’s most notorious dictators.  Yet she struggled valiantly against that fate.

A woman of uncommon intelligence and integrity, she tried to live a normal life. She was a loving mother who had to leave two of her children behind; she was a wealthy woman who gave away her riches and ended up living in poverty. She was a brilliant writer who utterly repudiated her father in her books, but was never able to free herself of the taint of him in the eyes of the world.  Sullivan’s biography bring this complex, tragic and compelling figure to life.

Rosemary Sullivan is the award-winning author of numerous other books, including Villa Air-Bel and Labyrinth of Desire.

Read an excerpt from Stalin’s Daughter 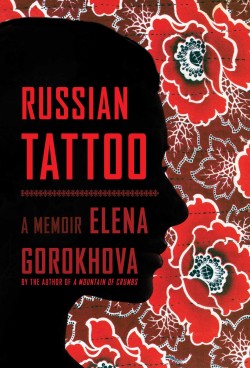 When Elena Gorokhova first came to the US in 1980, she left behind the constraints AND security of Soviet Russia for the dizzying choices and insecurities of the US. It was both exhilarating and frightening.

She’d come as a young bride with her new American husband, but the marriage quickly fell apart. She eventually remarried, had a daughter and settled into a satisfying life in her new land. But the old country continued to exert a powerful pull on her psyche.

Gorokhova’s sensitive new memoir Russian Tattoo continues where her first memoir ended. That one, A Mountain of Crumbs, was about her life growing up in the Soviet Union.

This one explores the ambivalent territory that immigrants must traverse and movingly illuminates what our society feels like to the outsider. It’s a wonderful read.