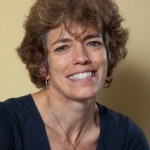 Nancy Rappaport  talks about her haunting memoir, IN HER WAKE: A Child Psychiatrist Explores the Mystery of Her Mother’s Suicide. It’s about her mother’s suicide, how it affected her family, and how she came to terms with her loss. And Joan Wickersham tells us about her memoir of her father’s suicide, THE SUICIDE INDEX, in this 2008 interview she gave Writers Voice. The memoir was a National Book Award finalist.

In 1963, Nancy Rappaport’s mother killed herself after a bitter divorce and custody battle. Rappaport was four years old. As one of eleven children in a prominent Boston family, she struggled to come to terms with the reasons why her mother took her own life.

Her memoir, IN HER WAKE, is a profoundly moving exploration of her mother’s death and its aftermath. Rappaport spent 18 years interviewing family and friends — persisting despite opposition from some family members, including her father — and went to court records and even an unpublished novel by her mother, all along evolving her own understanding of her mother. She uncovers the story of a conflicted and troubled activist, socialite, and community leader, who was also a warm and loving mother.

Rappaport is a child psychiatrist and she draws thoughtful lessons from her own story that can help families deal with the trauma of suicide and also help prevent it.

Read an excerpt from IN HER WAKE

Hear a Web-only audio clip of Nancy Rappaport talking about how parents can lessen the impact of divorce and custody decisions on children.

We also air a 2008 interview with Joan Wickersham about her memoir, THE SUICIDE INDEX.  Read more about it here.