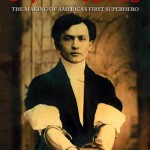 We talk about Harry Houdini, the great escape artist, master magician — and possibly international spy — with Larry Sloman, co-author with William Kalush of The Secret Life of Houdini: The Making of America’s First Superhero.

Also, we hear a story about New Year’s, read by host and author, Francesca Rheannon.

Ever since her ground-breaking book, DIET FOR A SMALL PLANET, Frances Moore Lappé has been showing how each of us can change the world for the better. We talk to her about her latest, GETTING A GRIP: Clarity, Creativity & Courage in a World Gone Mad.

Also, we play a clip from a Writer’s Voice field trip: Susie Patlove reading from her new chapbook, QUICKENING.

(Apologies: the audio for this episode is temporarily unavailable.)

We talk with Les Leopold about his terrific biography of labor leader and environmentalist Tony Mazzochi: [amazon-product text=”The Man Who Hated Work and Loved Labor: The Life and Times of Tony Mazzocchi” type=”text”]1933392649[/amazon-product].

We also recently interviewed Les Leopold about his new book, THE LOOTING OF AMERICA. You can listen to his July 2009 interview.

British environmental journalist George Monbiot talks about global warming and what can be done about it. His book is [amazon-product text=”HEAT: How to Stop the Planet from Burning” type=”text”]0896087875[/amazon-product].

The audio for this episode is available upon request for $4.99 by contacting writersvoice [at] wmua.org

Bestselling authors Dennis Lehane (MYSTIC RIVER, CORONADO) and Julia Glass (THREE JUNES, THE WHOLE WORLD OVER) talk to us about writing and their work. (Audio of interviews only.)

Dahr Jamail, BEYOND THE GREEN ZONE: Dispatches From an Unembedded Journalist in Occupied Iraq.

Dahr Jamail was perhaps the only American journalist to remain unembedded long after other reporters holed up in the Green Zone. In BEYOND THE GREEN ZONE he exposes the impact of the war and US occupation on the lives of ordinary Iraqi civilians.

We talk about to two writers featured at the 2007 Springfield Jewish Book Fair: David M. Gross, author of FAST COMPANY: A Memoir of Life, Love, and Motorcycles in Italy and Alana Newhouse on A LIVING LENS: Photographs of Jewish Life from the Pages of the Forward.

Supported by a grant from the Jewish Arts & Culture Initiative of the Harold Grinspoon Foundation.

QUESTION: Writer’s Voice interviewed Alana Newhouse about A LIVING LENS: Photographs of Jewish Life from the Pages of the Forward. Newhouse mentioned a letter that was given to Edward Jacobsen. Who was the letter from?

The first listener who sends in the correct answer to our email address will be the lucky winner of the inaugural edition of our Listener Web Quiz! Send it along with your address to writersvoice@wmua.org

Alan Weisman talks about his acclaimed book THE WORLD WITHOUT US.

Thanks to the Harold Grinspoon Foundation for supporting our series of authors featured at the 2007 Jewish Book Fair.

Leonard Nimoy talks to us about his new book, THE FULL BODY PROJECT, as well as photography, acting, and being (and not being) Mr. Spock. 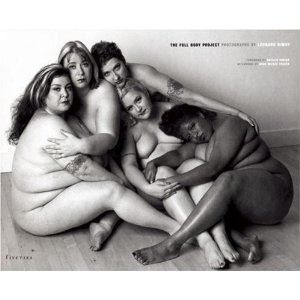 Also, we talk with Leslea Newman and Susan Stinson about body image and the Full Body Project.

We talk with novelist and journalist Francisco Goldman about his acclaimed non-fiction book, THE ART OF POLITICAL MURDER: WHO KILLED THE BISHOP.

And poet Lynn Thompson reads from BEG NO PARDON, which won this year’s Perugia Press Award.

Clinical psychologist Bruce E. Levine joins us to talk about his book, SURVIVING AMERICA’S DEPRESSION EPIDEMIC: How to Find Morale, Energy, and Community in a World Gone Crazy.

Also, a preview of a conversation with George Monbiot we’ll be airing later in the season about his book, HEAT: How to Stop the Planet from Burning.

The WUMA Fund Drive is on from October 27 through November 2. WMUA will be accepting donations and giving away fantastic gifts in appreciation of your support. Help support your favorite independent radio station during WMUA’s annual Fund Drive. To pledge your support during the fund drive please call 413-577-3000.

We’d love Writer’s Voice listeners to call in pledges during the show, but anytime during that week would be great. And here are some great hardcover book premiums we’re offering. To find out more, tune in during the show on Friday, November 2 to pledge.

Beyond the Green Zone: Dispatches from an Unembedded Journalist in Occupied Iraq. Dahr Jamail.
Static: Government Liars, Media Cheerleaders, And The People Who Fight Back. Amy Goodman,David Goodman (autographed)
Made Love, Got War: Close Encounters with America’s Warfare State. Norman Solomon
Insecure at Last: Losing It in Our Security-Obsessed World. Eve Ensler
The Foreign Correspondant. Novel, Alan Furst
Taj Mahal Passion and Genius at the Heart of the Moghul Empire. Diana Preston and Michael Preston.
Deep Water: The Epic Struggle Over Dams, Displaced People, and the Environment. Jacques Leslie
Soaring with Fidel: An Osprey Odyssey from Cape Cod to Cuba and Beyond. David Gessner.
A Matter Of Opinion; Victor Navasky
Stealing Democracy: The New Politics Of Voter Suppression. Spencer Overton
A Country That Works. Getting America Back on Track. Andy Stern.
Every Book Its Reader. Nicholas Basbanes
Friendly Fire: The Remarkable Story of a Journalist Kidnapped in Iraq, Rescued by an Italian Secret Service Agent, and Shot by U.S. F. by Giuliana Sgrena
Before The Next Attack: Preserving Civil Liberties in an Age of Terrorism. Bruce Ackerman
Spring Forward: The Annual Madness of Daylight Saving Time; Michael Downing
Storming the Court: How a Band of Yale Law Students Sued the President–and Won; Brandt Goldstein
Enslaved: True Stories of Modern Day Slavery; Gloria Steinem,Jesse Sage,Liora Kasten
With Liberty and Justice For All: A Life Spent Protecting the Right to Choose; Kate Michelman
Chasing America: A Memoir, Dennis Watlington
Bread and Roses: Mills, Migrants and the Struggle for the American Dream. Bruce Watson.

We have an in-depth conversation with author John J. Clayton about his wonderful short story collection, WRESTLING WITH ANGELS: New and Collected Stories and he reads from several of his favorite stories in the book. It deals with universal themes of loss and spiritual redemption, acceptance, fading ideals, as well as with contemporary struggles of Jewish life and family. Clayton has been writing fiction since 1969 and teaches modern literature and fiction writing at the University of Massachusetts in Amherst. He’s won the O’Henry and Pushcart Prizes for short stories as well as a place in Best American Short Stories anthologies.